This is a look deep into the Coma Cluster of galaxies (Abell 1656) in the constellation Coma Berenices.

The two bright supergiant elliptical galaxies toward the center of this image are NGC 4874 and NGC 4889, each 2-3 times the size of our own Milky Way.

The cluster's mean distance from Earth is 321 million light years, however various galaxies in this photo are more than 400 million light years away. In the 1930s, Swiss-American astronomer Fritz Zwicky first posited the existence of dark matter in the Universe after observing the motion of galaxies at the edge of this cluster.

The constellation Coma Berenices translates from Latin as "Berenice's Hair," and refers to Queen Berenice II of Egypt. Berenice dedicated locks of her hair to Aphrodite for the safe return of her husband (and cousin), Ptolemny III of Egypt. Upon his return the hair offering mysteriously disappeared. Greek astronomer Conon of Samos explained that the hair had been carried to the heavens and placed among the stars.

Scanning the image it is amazing to realize that most of the objects here are galaxies, not stars. This image is a crop of a wider field of view captured with our widefield array consisting of four Officina Stellare RH300 f/3.0 telescopes with a 900mm focal length. More than 1,400 individual exposures were taken over 9 nights totalling 52 hours of Luminance (detail) and 34 hours of RGB color. The array was controlled with a custom version of Voyager software, developed by our friend Leonardo Orazi. Processing was done using PixInsight and Photoshop. 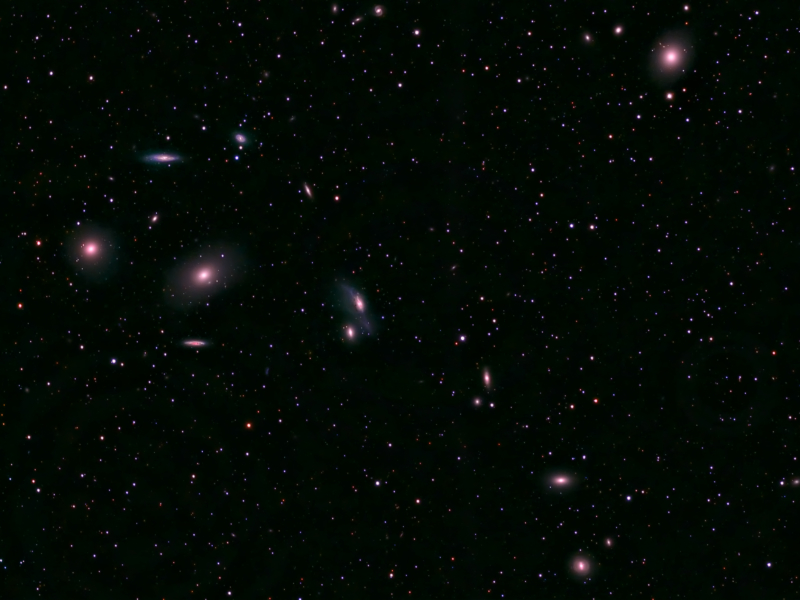 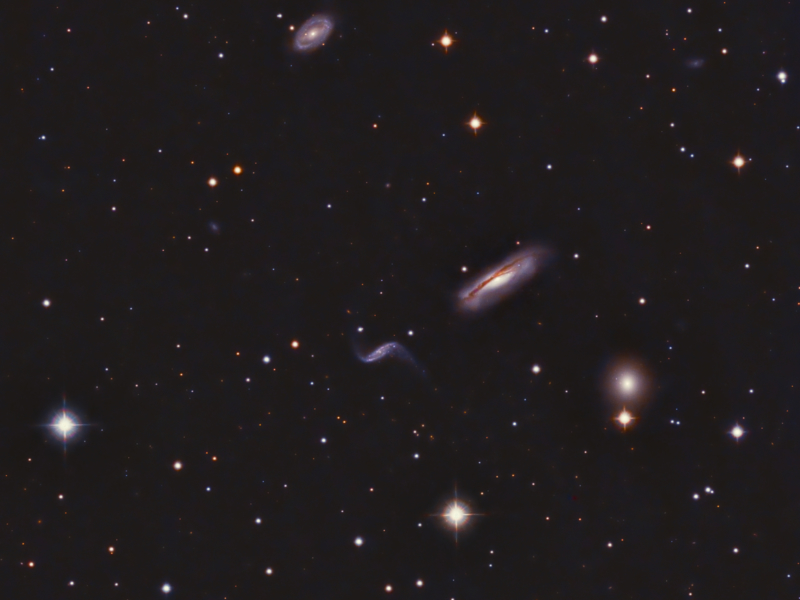