Instability of the second story of our control room building, due to poor construction, has not allowed for precise and consistent alignment of the Officina Stellare RiFAST 400mm telescope. After suffering through 2016 and early 2017 with an unusable system, the decision was made to move the dome and telescope during the 2017 rainy season.

The requirements for the new observatory layout were:

Before any telescopes or domes could be moved, we needed to add a concrete pad to the site grounds. The pad was poured on the eastern side of the grounds, supported with 16′ concrete piles. 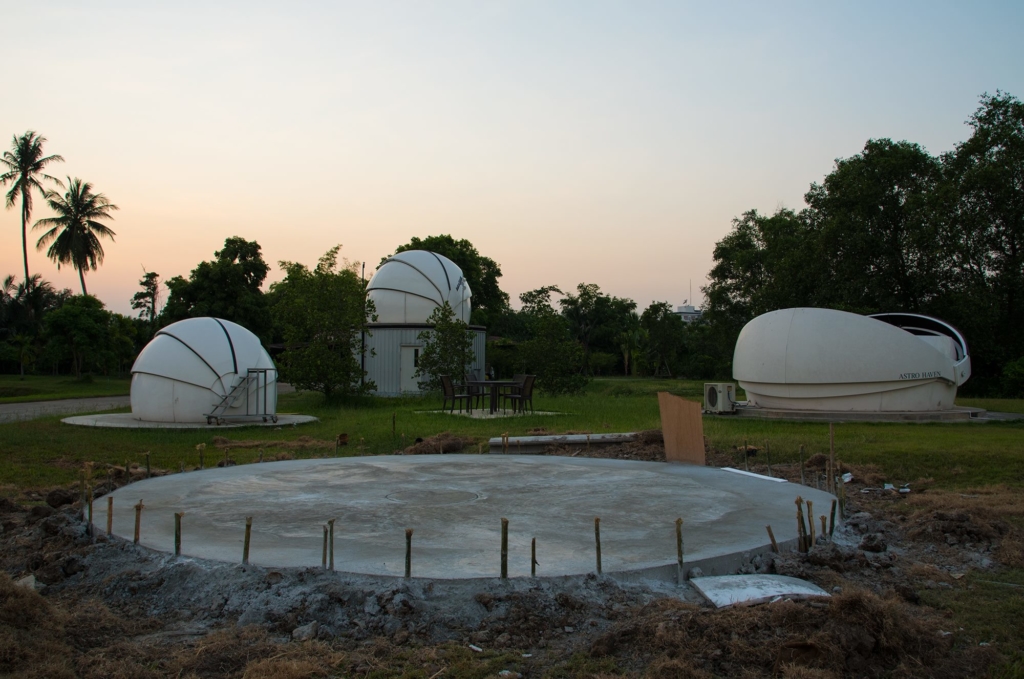 In this panoramic image, the 16′ dome housing the RiFAST 400mm telescope atop the control room can be seen to the left. The RH 300 widefield telescope is housed in the small dome in the foreground of the image. The new concrete pad is to the right.

The original plan to move both the 16′ dome and 400mm telescope to the new pad was modified. While the large dome was moved to this new pad, it will house a widefield array comprising three Officina Stellare RH300mm telescopes. The RiFAST 400 will be housed in the small dome in place of the current RH 300.

The RH 300 telescope was moved out of the 12′ dome to make room for the RiFAST 400. This 300mm telescope will become the anchor of our widefield array, which will be housed on the new concrete pad.

Before the dome could be moved, the RiFAST was disconnected and lifted by crane through the top of the dome. It was moved into the 12′ dome where it currently sits on a Planewave L-500 direct drive mount. 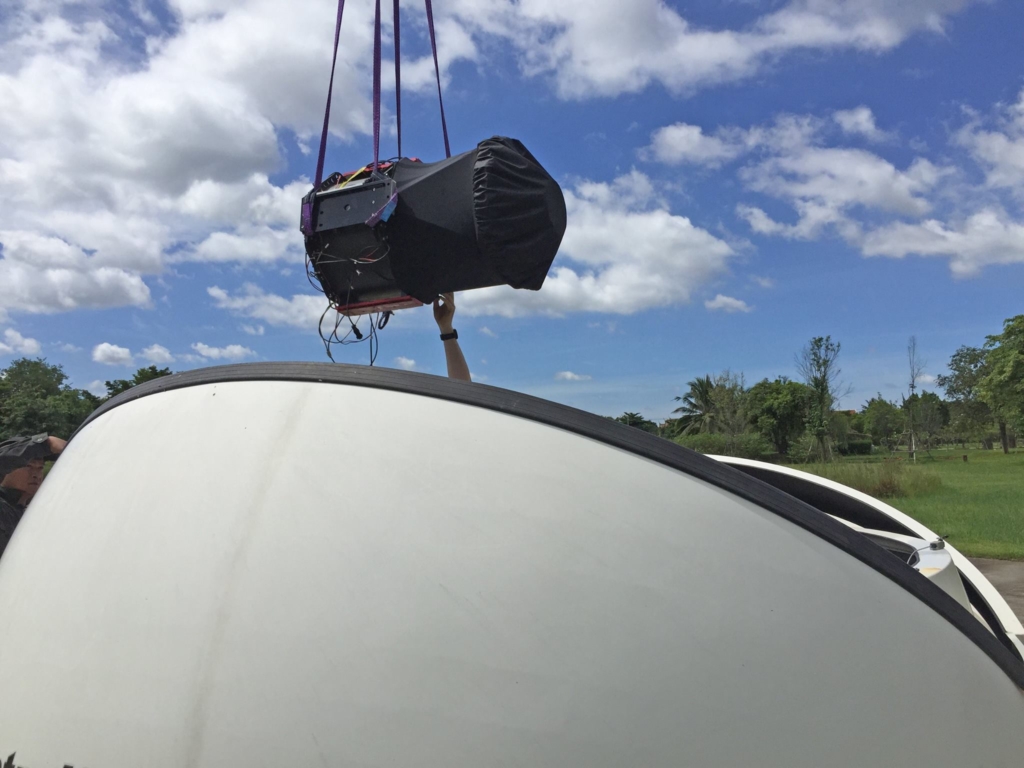 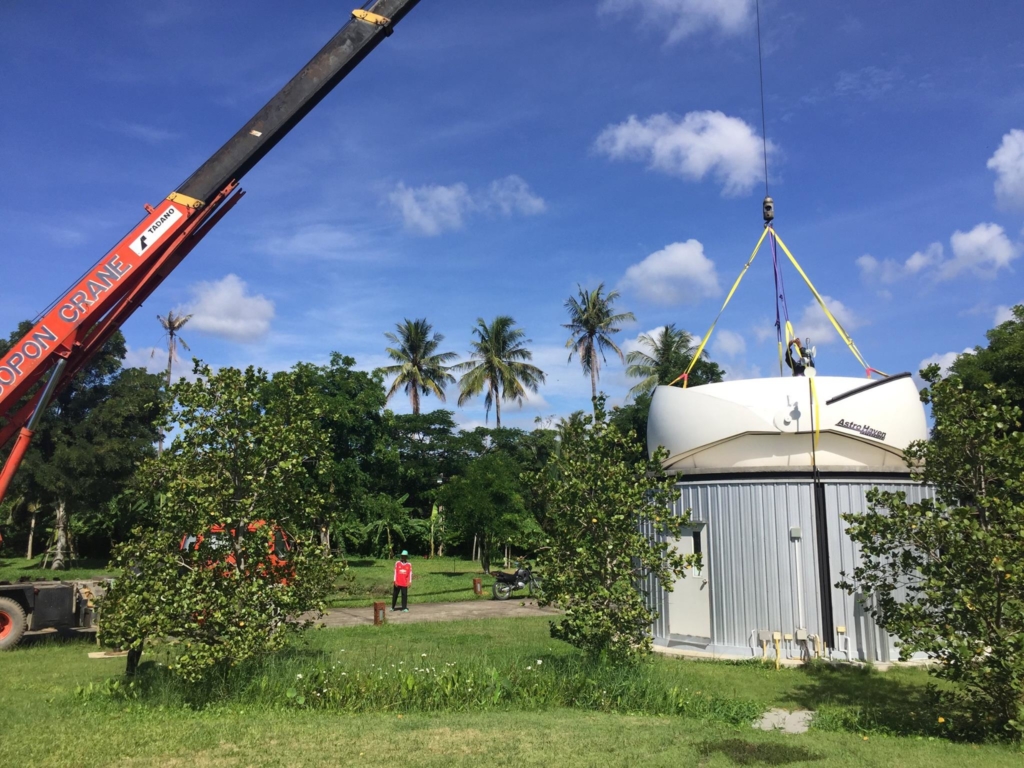 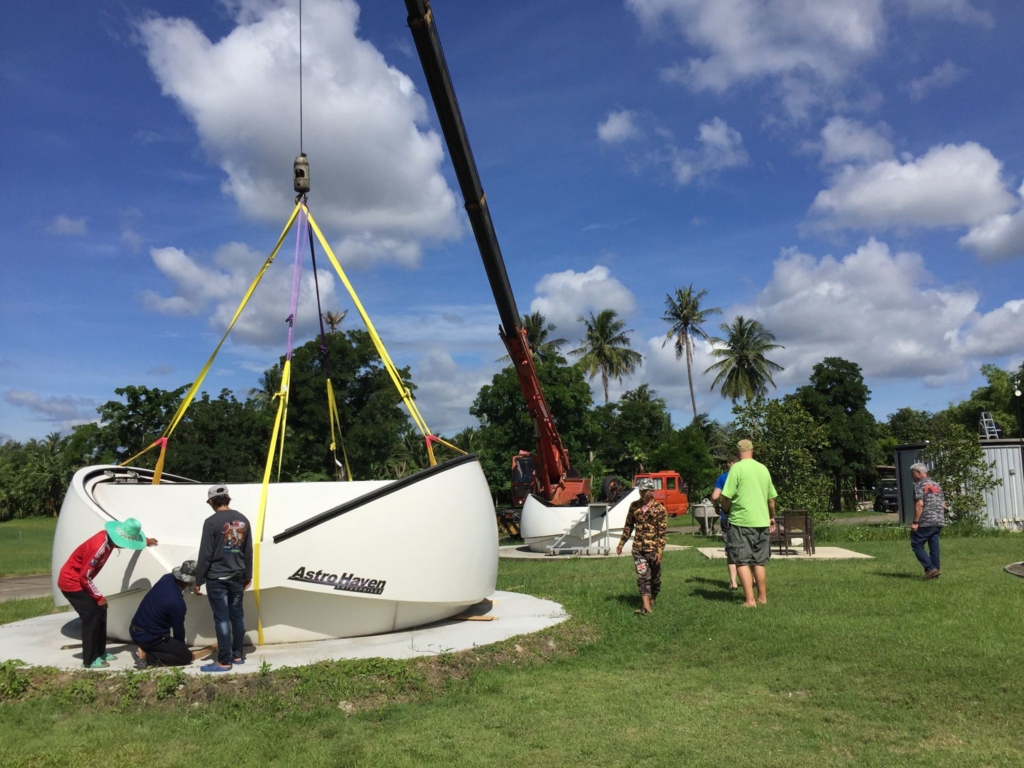 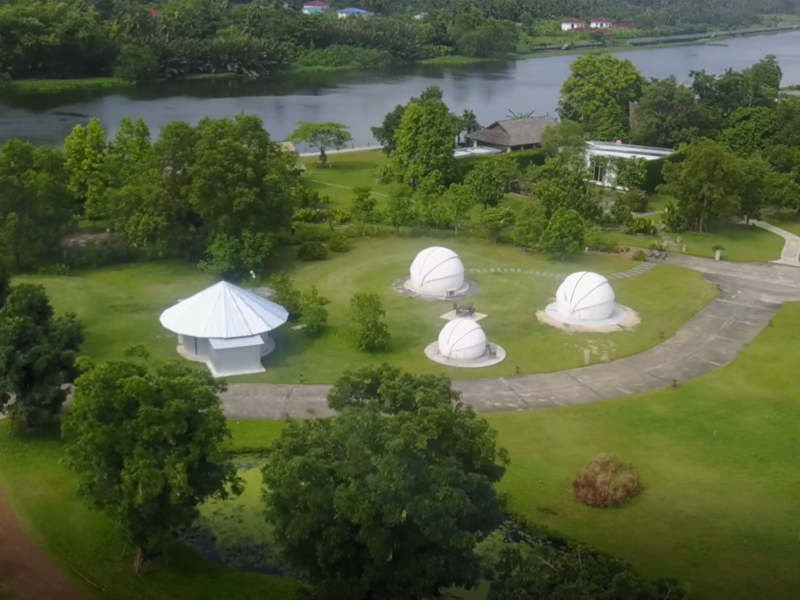 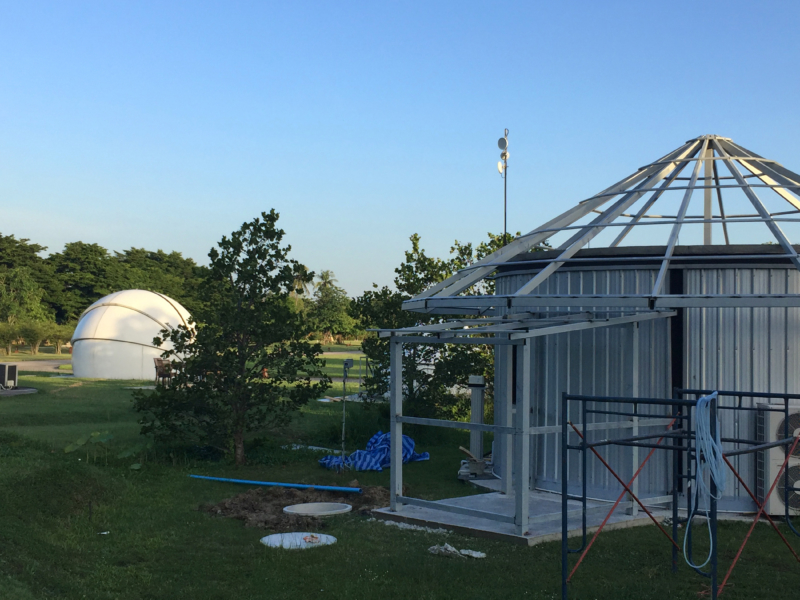 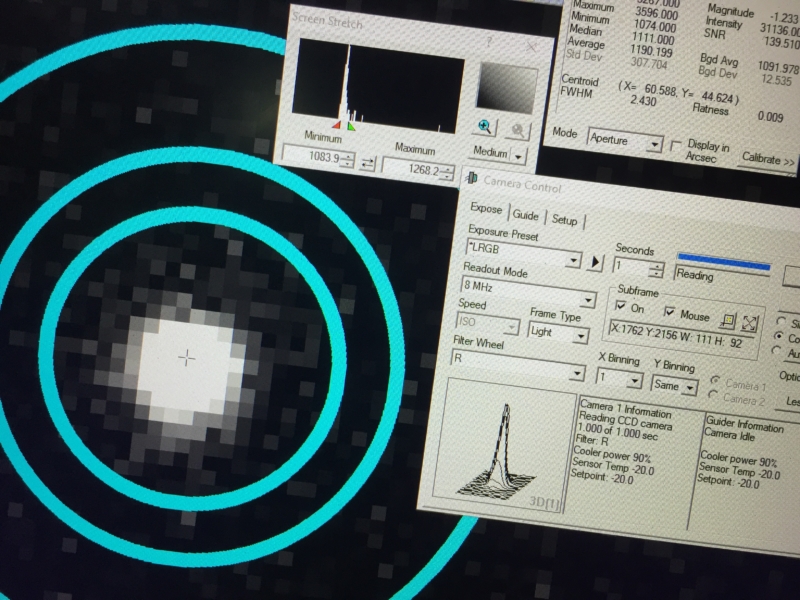 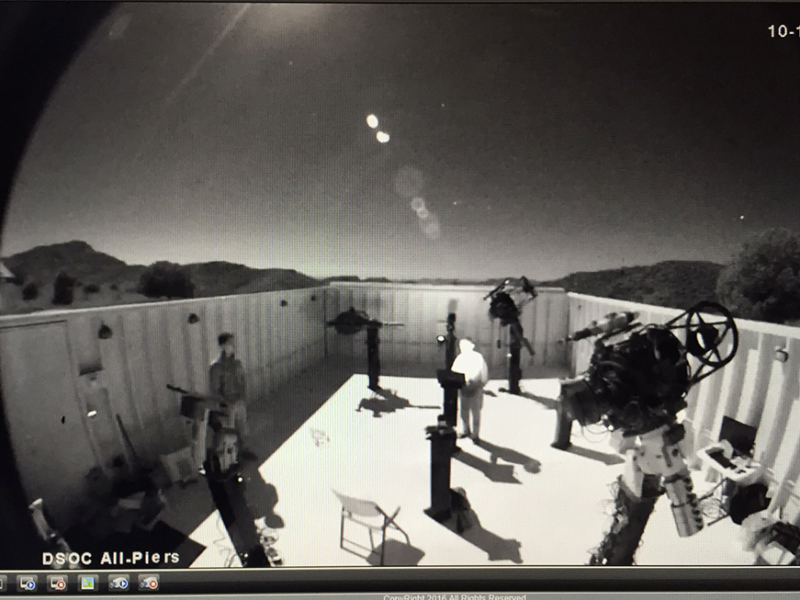