IC 1805, an emission nebula approximately 7,500 light years from Earth in the constellation Cassiopeia, is named the Heart Nebula due to its heart shaped appearance.  The open star cluster Melotte 15 lies in the middle of the heart. The nebula is part of a large star forming complex in the Perseus arm of the Milky Way galaxy. The bright knot at the lower right (which some might liken to a male body part) is separately classified as NGC 896, and was the first part of IC 1805 to be discovered.

Comprising mostly glowing hydrogen, this nebula would appear red if imaged in LRGB. We have imaged it using narrowband filters, mapping Sulfur 2, Hydrogen Alpha and Oxygen 3 to R, G and B respectively to reveal great detail in the Hubble palette. 76 individual exposures totalling more than 25 hours were shot from the dark skies of West Virginia. Image processed using PixInsight and Photoshop. 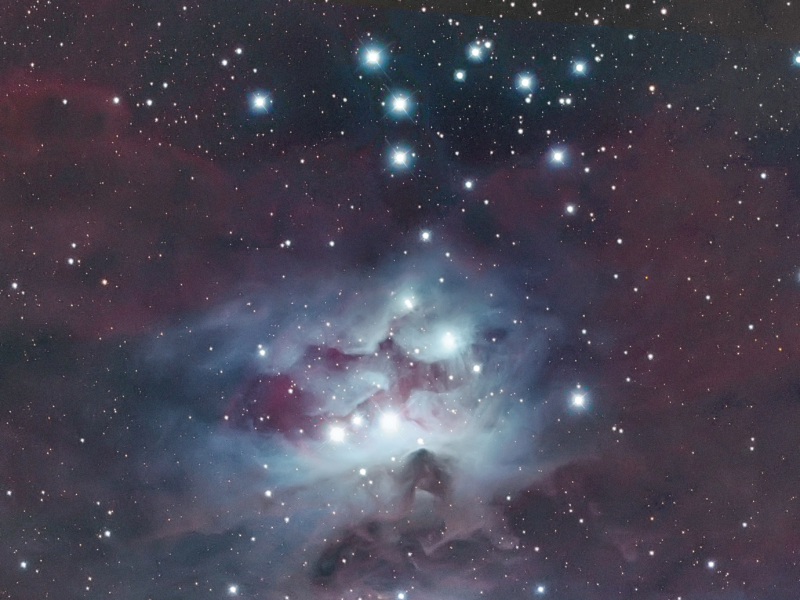 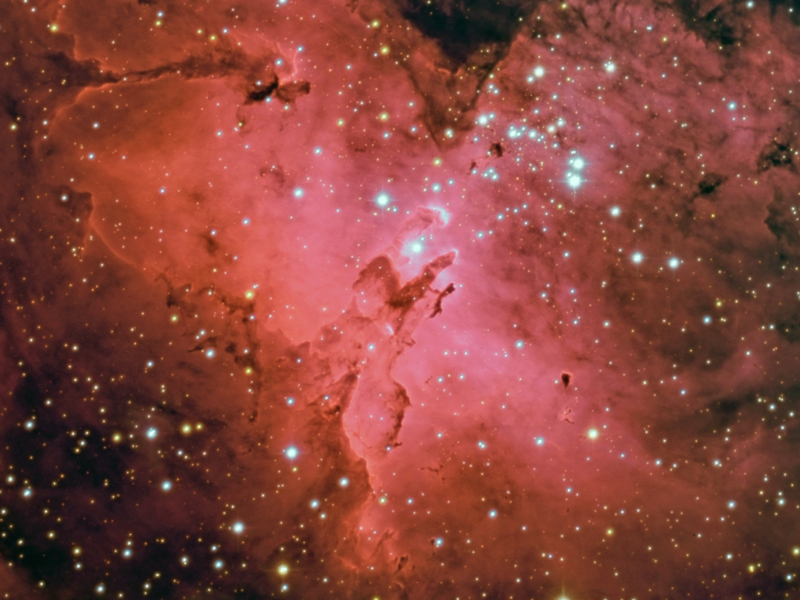 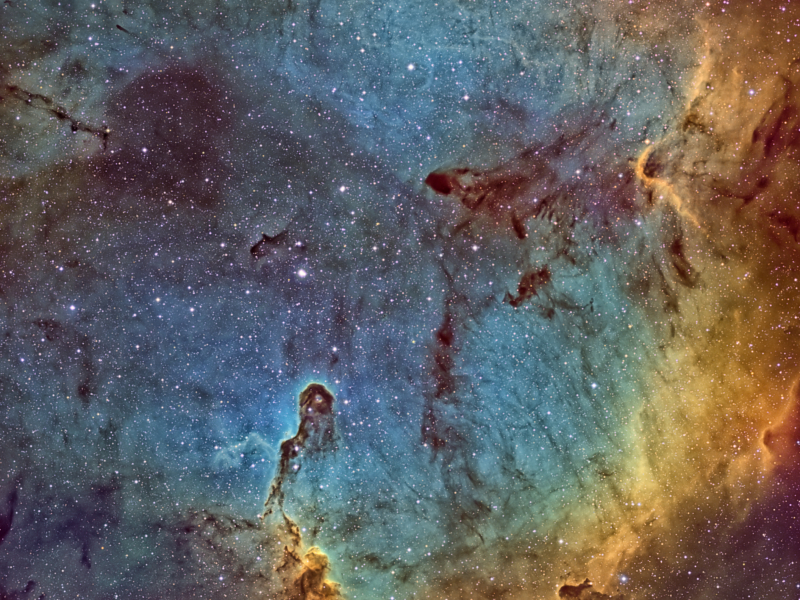 IC 1396 and the Elephant Trunk Nebula 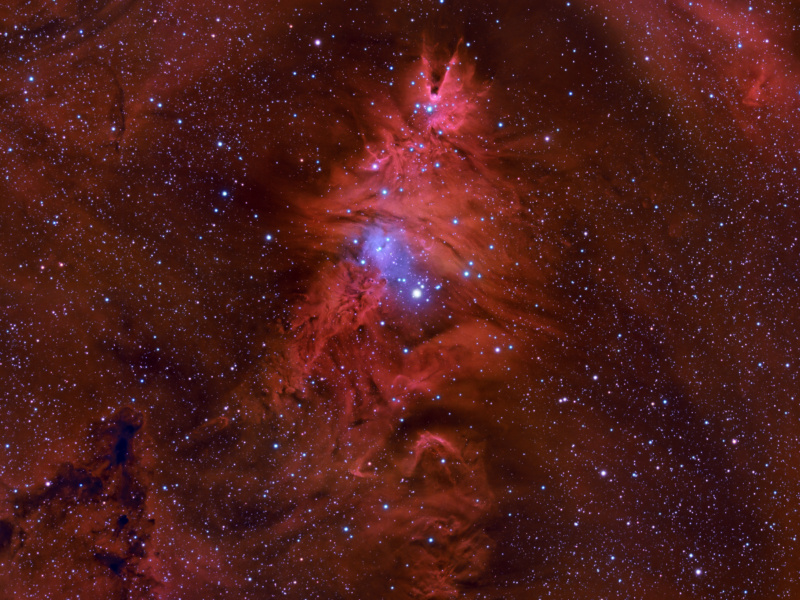