M 1, the Crab Nebula, is a supernova remnant in the constellation Taurus, approximately 6,500 light years from Earth. It is the first object identified to be the result of a star explosion. While M 1 was first recorded in 1731 by British astronomer John Bevis, it was formally catalogued by Charles Messier as the first object in his catalog of bright non-cometary objects in 1758.

Astronomers have determined that the supernova remnant is expanding. Working backwards they calculated the origin date, matching explosion oservations from Chinese and Native American records. At the center of the nebula is a pulsar, a very small but high energy neutron star with a spin rate of 30 times per second.

This image was shot with our Officina Stellare RiLA 600 f/5 telescope using an FLI ML 16200 CCD camera. 6 minute subexposures were shot through Hydrogen Alpha, Oxygen 3 and Sulfur 2 filters, which were mapped to Green, Blue and Red respectively to create a false color image in the Hubble palette. 191 total exposures were taken, totalling more than 22 hours. Addtionally, a series of 300 30-second images in Red, Green and Blue were taken to capture true star colors. 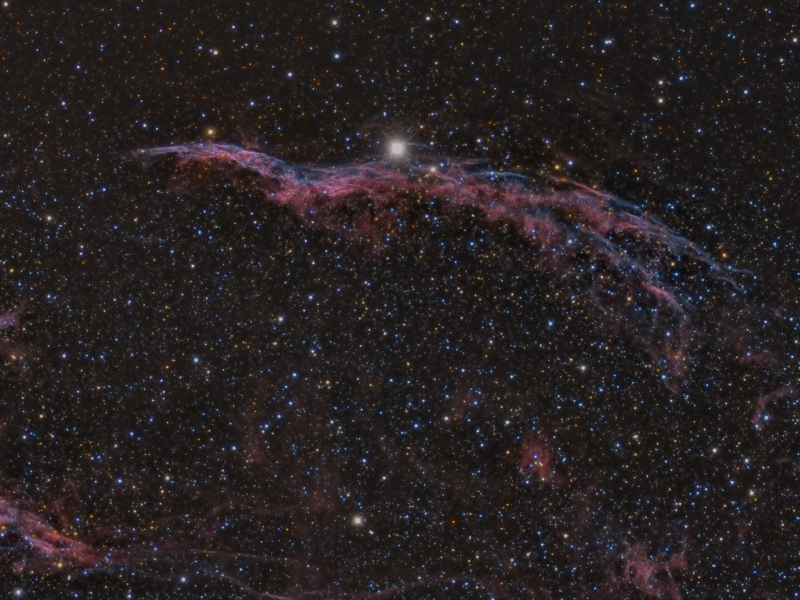