NGC 3169 (to the right) is a spiral galaxy in the constellation Sextans approximately 75 million light years from Earth. Gravitational interaction with nearby spiral galaxy NGC 3166 has distorted its spiral arms. The galaxies will eventually merge. NGC 3165, the smaller galaxy to the far left, is also a member of this group.

This image was taken with 7 telescopes over three nights from our observatory in Samphran, Thailand, about an hour west of Bangkok. More than 73 hours of data was collected through L, R, G and B filters. 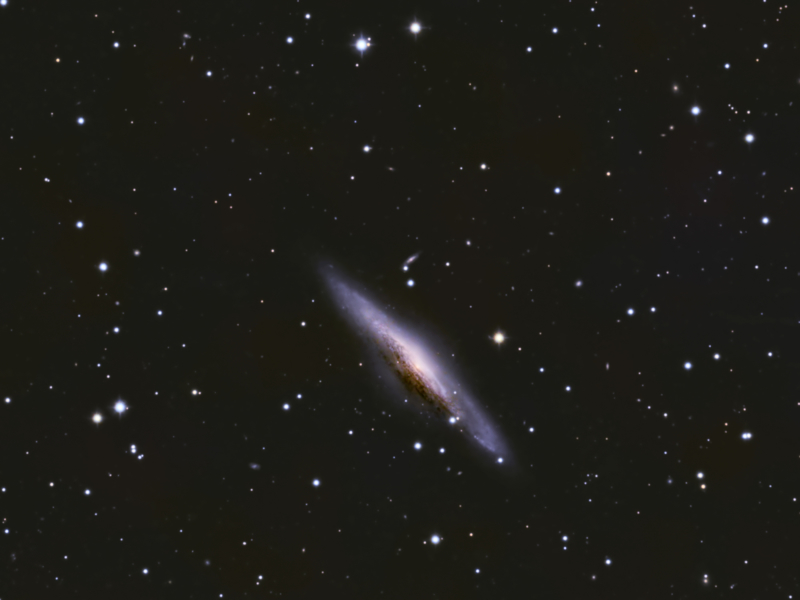 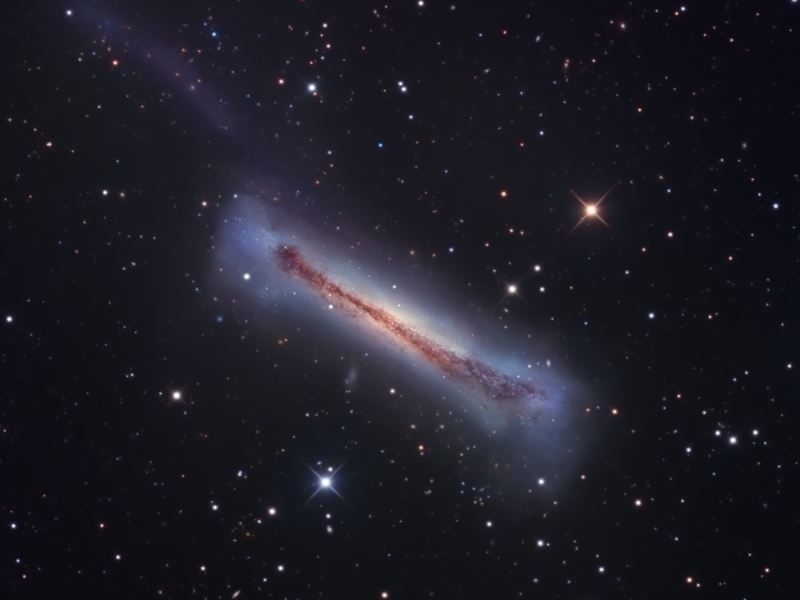 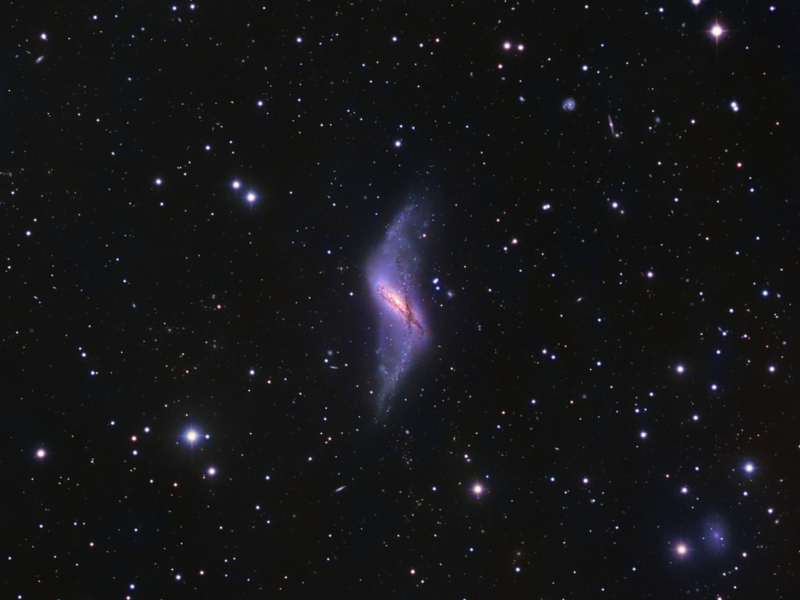 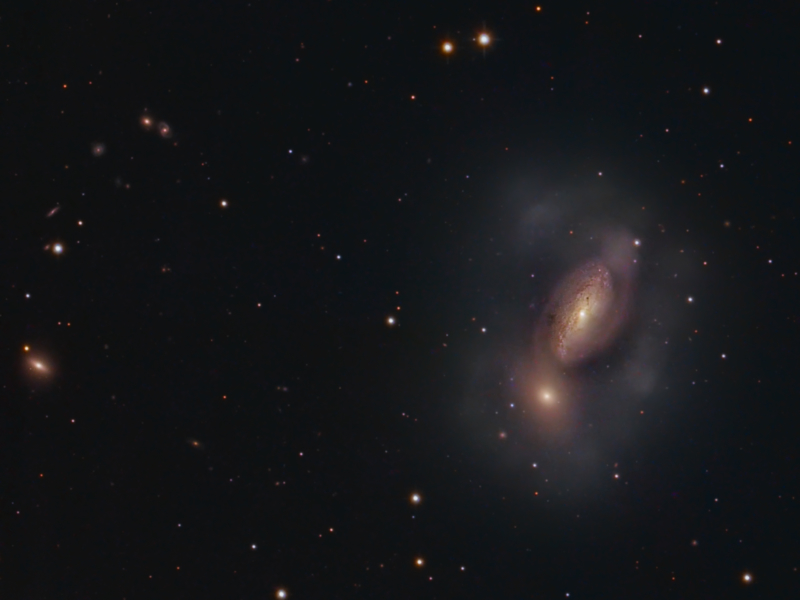