Sharpless 73 (also known as LBN 105), in the constellation Hercules, was mistakenly added to the Sharpless catalog as an emission nebula. It was later realized that because there is no nearby hot star to ionize the gas, it is merely a molecular cloud in space outside the main disk of our Milky Way Galaxy. Lit by the integrated light from the galaxy, it is classified as an integrated flux nebula.

Integrated flux nebulae are very faint, in fact there is no listing for the surface brightness of this object. Picking the nebula out of sky noise (especially light pollution at our site one hour west of Bangkok) is especially difficult, and was only possible by taking a huge number of exposures using our wide field 300mm telescope array. The nebula was visible for about 3-1/2 hours each of the eight nights we shot. 465 Luminance, 174 Red, 172 Green and 173 Blue subexposures were taken using one FLI ML29052 and two FLI PL16803 CCD cameras cooled to -25C. More than 70 hours of data was collected. The image was processed in PixInsight and Photoshop. 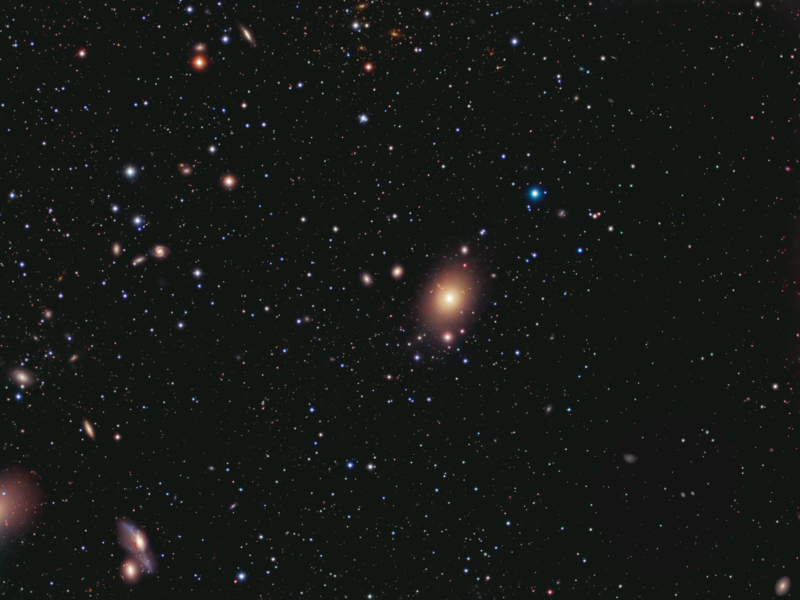